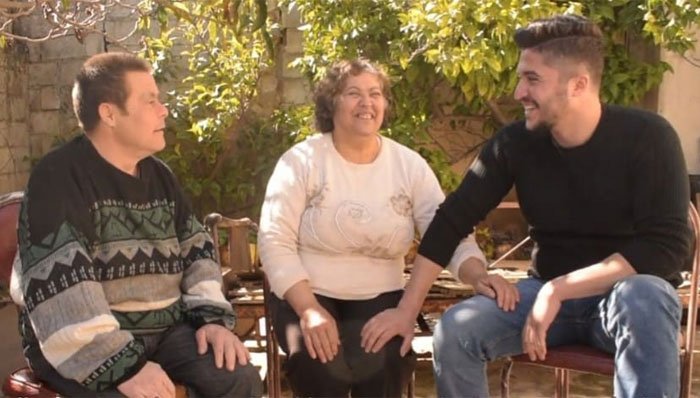 What were your thoughts when you last met a person with “Downs Syndrome”? “Poor thing, life must be so hard for them. Wonder how s/he would make it?” What if you were to know that a guy with Down’s Syndrome not just managed to earn for himself but also successfully raised a child on his own? Mind=Blown right?

Meet Sader Issa, a regular guy from Syria with a not-so-regular story. He’s different from the rest of us as his father has Down’s Syndrome. However, he never shies away from introducing his father to anyone. In fact, he is super proud of his father. Living with Down’s Syndrome can be a challenge in itself. But Jad, Sader’s father managed to not just overcome his challenge but also formed a loving bond with his son.

One of the most touching aspects of their relationship is when Jad enthusiastically tells people “my son is a doctor” The joy and satisfaction in the father’s eyes are so palpable as though his mission in his life is accomplished.

The family teaches us the power of unconditional love and the effect it can have on children. Recent reports from 2012 show us that families in which the parents or children have Downs Syndrome showed higher levels of acceptance and unconditional love with 97% of them saying that they were proud of them.

People with Down’s Syndrome lead fruitful lives. In fact, the life expectancy of people with Downs Syndrome has rocketed from 25 in the late 1980s to 60s now. A little extra love never hurts anyone. Trust Jad to teach you how!

Previous Dabbawalas – Thinking “Out of the box” Next Environmental Cleanliness