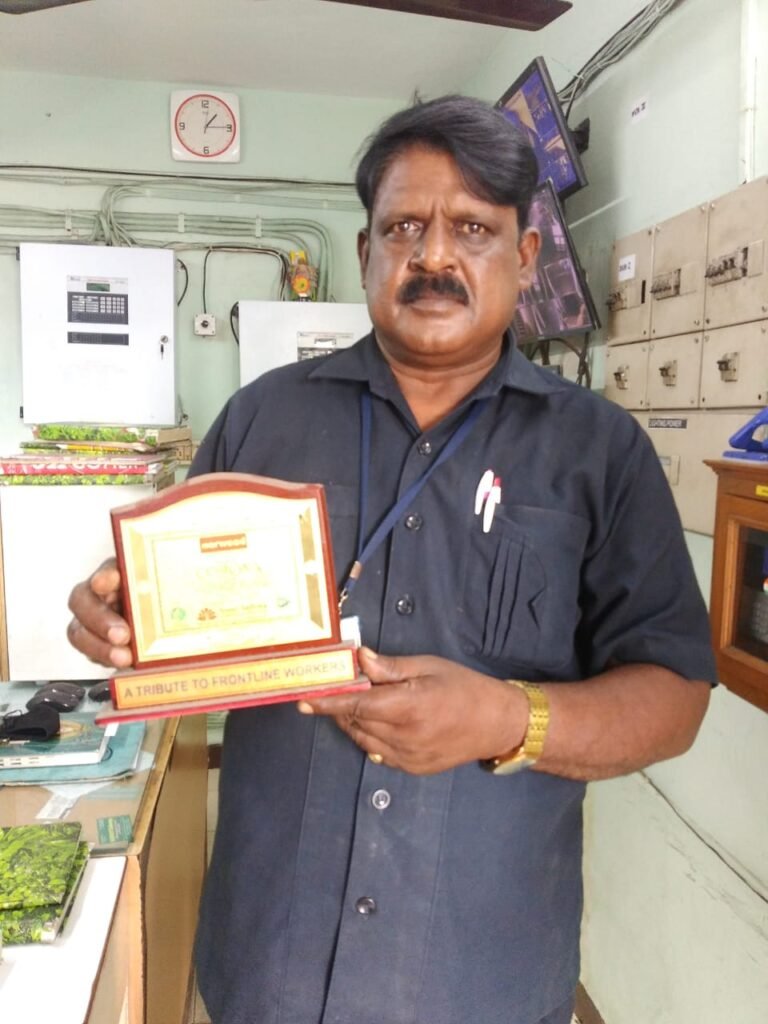 Now we have the tale of Munirathnam from Vellore who got into the Indian army at the age of 19 and served from 1981 to 2000. He has in the infantry wing and has been part of various operations during his tenure. After retirement he had the zeal to do service to the needy and wanted to help and got the idea of helping the poor people of his own. During the Covid time he has achieved a feat of feeding 60,000 people.

He teamed up with Sreemathi Kesan, who helped people to provide food for homeless people in Chennai at areas like Nungamabkkam, Egmore and the surrounding areas. His works continued even during the 2nd wave of pandemic. Each day atleast 40-60 people would be benefited from the provided food paclets. He received help from volunteers who were his friends and friends of friends who helped in preparing, packing as well as distribution of food packets to the needy people. They took so much effort by preparing different dishes each day and made sure that the quality was like home made food while getting delivered to the people. The whole initiative was done individually without the help of any NGO support. 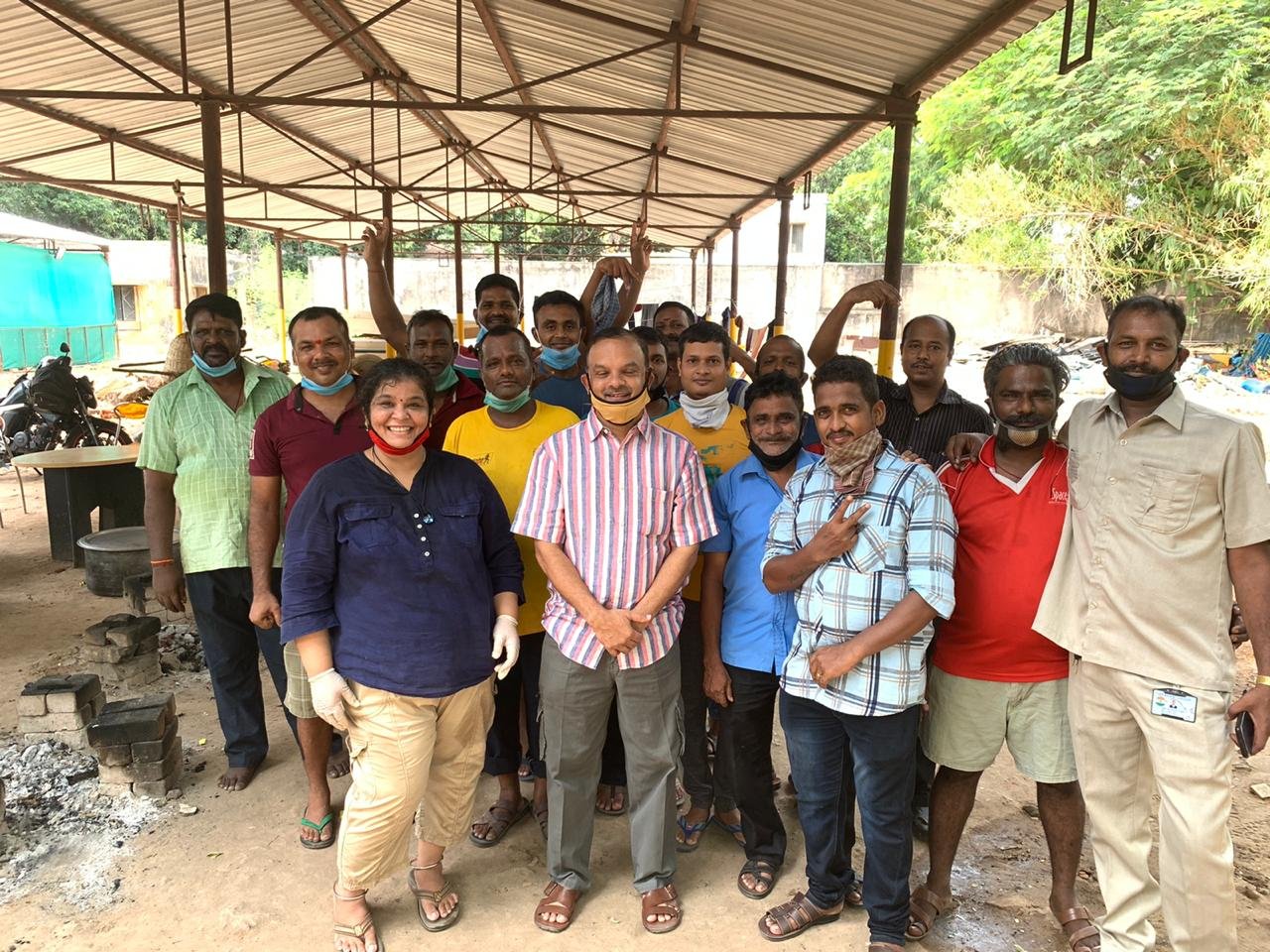 They have used a renovated car shed for the cooking purpose and the food packets were getting dispatched from that place to the people in Nungambakkam. The process starts early morning by purchasing the vegetables and other essentials cooking items from Koyambedu after which the cooking process starts. To add more hands to their effort, they started distributing the food packets to the police who would give it to the hungry people while they are patrolling and thus their service places expanded to areas like High Court, Ambattur, Egmore and other such places. Mr. Munirathnam would like to encourage people to do some work to stay healthy and strong during the pandemic time. 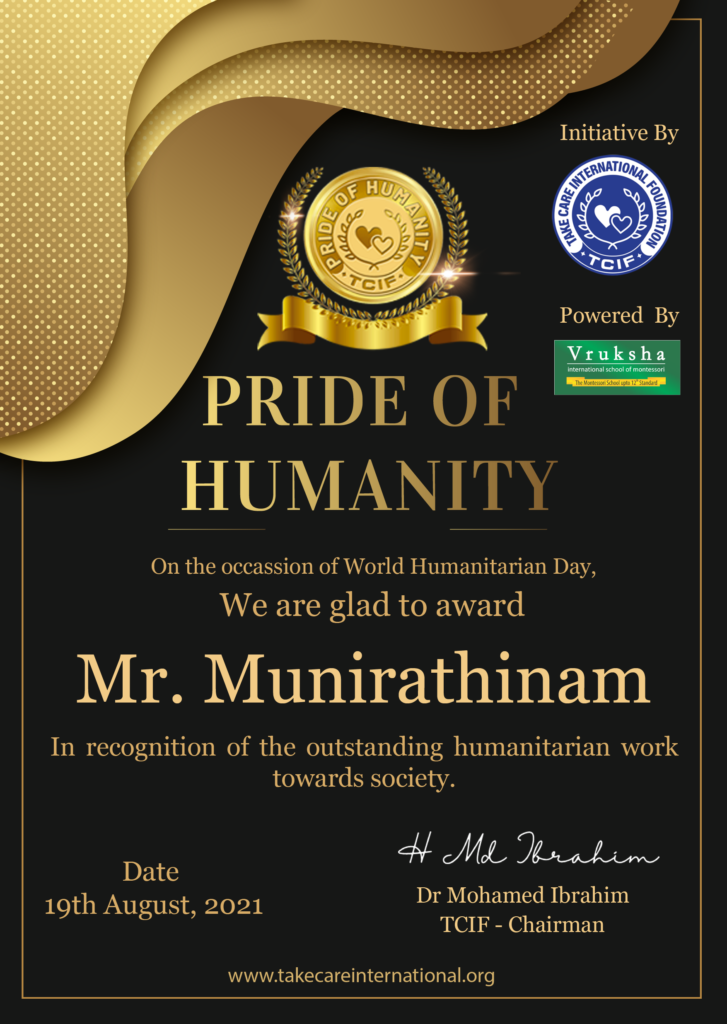