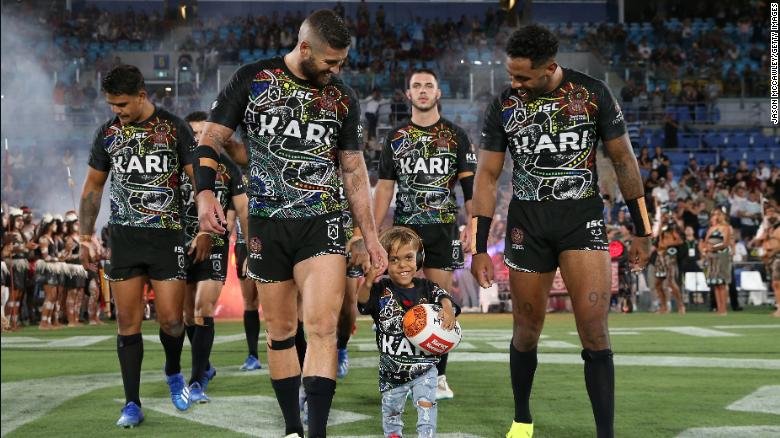 Netizens and celebs come together to trump Bullying

One of the best gifts the human race is bestowed upon is the gift of humanity. It makes us believe that there is always hope for a better tomorrow no matter how bad the present might be. One hand that hits is overpowered by a thousand other hands that hug. Reasserting this fact was the incident that happened with a 9-year-old Australian boy Quaden Bayles.

Quaden is a 9-year-old Aboriginal boy from Australia who has a form of growth defect called Achondroplasia that causes stunted growth in humans. He was constantly bullied in school by his classmates for his original and physical appearance. The bullying affected the boy so badly that he broke down to his mother and begged to be killed. His heartbroken mother took a video of his state and posted it online to condemn bullying and how it affects people. The video received wide recognition from people all over the world who came in strong support of the boy. In addition to the general public celebrities like Hugh Jackson, Jeffrey Jean Morgan and stand up comedian Brad Williams. Brad even went one step forward and raised an overall fund of 3,00,000 dollars to arrange a trip to Disneyland.It is also worth noticing that Brad himself suffers from dwarfism.

Quaden’s family was extremely touched by the generous gestures of the people online. However, they turned down the offer to go to Disneyland and wanted people to focus on the real issue at hand. The funds were donated to organisations like Dwarfism Awareness Australia and the Balunu Healing Foundation. that would help eradicate bullying and help out more people like Quaden.

Quaden’s mother expressed that her son has always dreamt of becoming a Rugby player. As a sweet and supportive gesture, The National Rugby League’s Indigenous All-stars team invited him to lead out the side of their match against the Maori All-Stars. Quaden led the team holding the hand of the captain Joel Thompson

This little boy’s story is the first ray of hope that there is more kindness than evil in this world and our hope for a better tomorrow just got stronger.