Start the year off right by adding some of these exciting new titles to your reading collection. It’s never a bad thing to read a bit too much. We’ve chosen five books that will make you want to binge read and forget about reality for a bit. 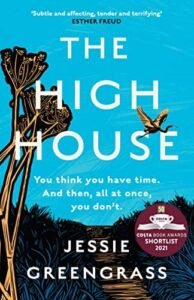 Environmental apocalypses have long been a staple of fiction, but they’ve gotten even more popular in recent years.  The High House, directed by Jessie Greengrass, follows a quartet of individuals as they attempt to live in a city that is steadily flooding. This novel received a lot of praise when it was first released in the United Kingdom, and now readers in the United States can understand why.

The High House is a gorgeous, emotionally precise story about what may be rescued at the end of the world. It tackles motherhood, sacrifice, love, and survival under the brink of extinction. 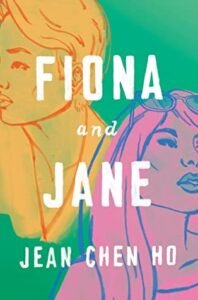 Jean Chen Ho’s debut collection of short stories weaves together the experiences of two childhood best friends growing up in Los Angeles and how they fit into (or out of) each other’s lives through time.

Jean Chen Ho’s debut collection, presented in alternating perspectives, strips aside the layers of female friendship—the passion, bitterness, and infinite love—to examine the beating hearts of young women coming to grips with themselves and each other in the face of anxieties and humiliation.

Fiona and Jane is an intimate depiction of a relationship, a deep dive into the common perplexities of being young and alive, and a bracingly honest story of two Asian women daring to lay a claim on joy in a shifting, modern America that spans cultures and identities. 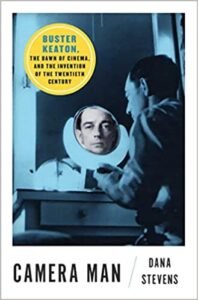 Dana Stevens’ innovative biography of legendary comedian and filmmaker Buster Keaton goes beyond simply telling his life story—however fascinating it may be—to place Keaton, his work, his troubles, and his triumphs in contexts that help readers situate him in the world in which he lived and give readers a bigger picture of how staggering his influence was and continues to be.

Dana Stevens, a film critic, takes a step back from Keaton’s life and works in Camera Man to examine parallel changes in entertainment, media, law, technology, women’s political and social position, and common perceptions of addiction.

Camera Man is a wide-ranging reflection on modernity that creates a nuanced image of a one-of-a-kind artist. It is far more than a biography or a work of cinema history. (less)

4. When You Get The Chance – EMMA LORD 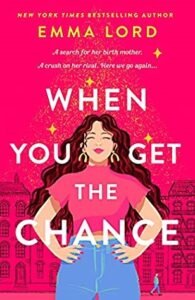 Take a chance and be enchanted by the author of You Have a Match’s new coming-of-age story, which also happens to be a modern version of Mamma Mia! After obtaining a clue concerning her missing mother’s identity in her father’s old Livejournal, aspiring Broadway star Millie chases out three women and inserts her into their lives.

Nothing will stand in the way of Millie Price’s ambition to star on Broadway, not Millie’s adoring but reclusive father, who, after raising her alone, does not want to see her leave home to follow her dreams, not her annoying and persistent drama club opponent, Oliver, who epitomizes Simmering Romantic Tension. And not the “Millie Moods,” those powerful surges of emotion that threaten to overwhelm you at the most inopportune moments. 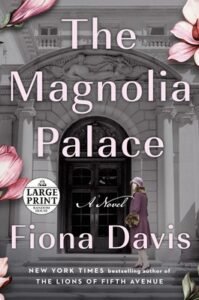 The author of The Lions of Fifth Avenue returns to take readers inside one of New York’s most spectacular Gilded Age houses, which is, of course, full of secrets, betrayal, and murder. Davis presents a high-stakes, fast-paced historical thriller with two women to root for, set in 1919 and 1969 when the mansion has been transformed into a museum.

Fiona Davis, the New York Times bestselling author of The Lions of Fifth Avenue, returns with a suspenseful thriller about the secrets, treachery, and murder that take place within one of New York City’s most opulent Gilded Age houses.