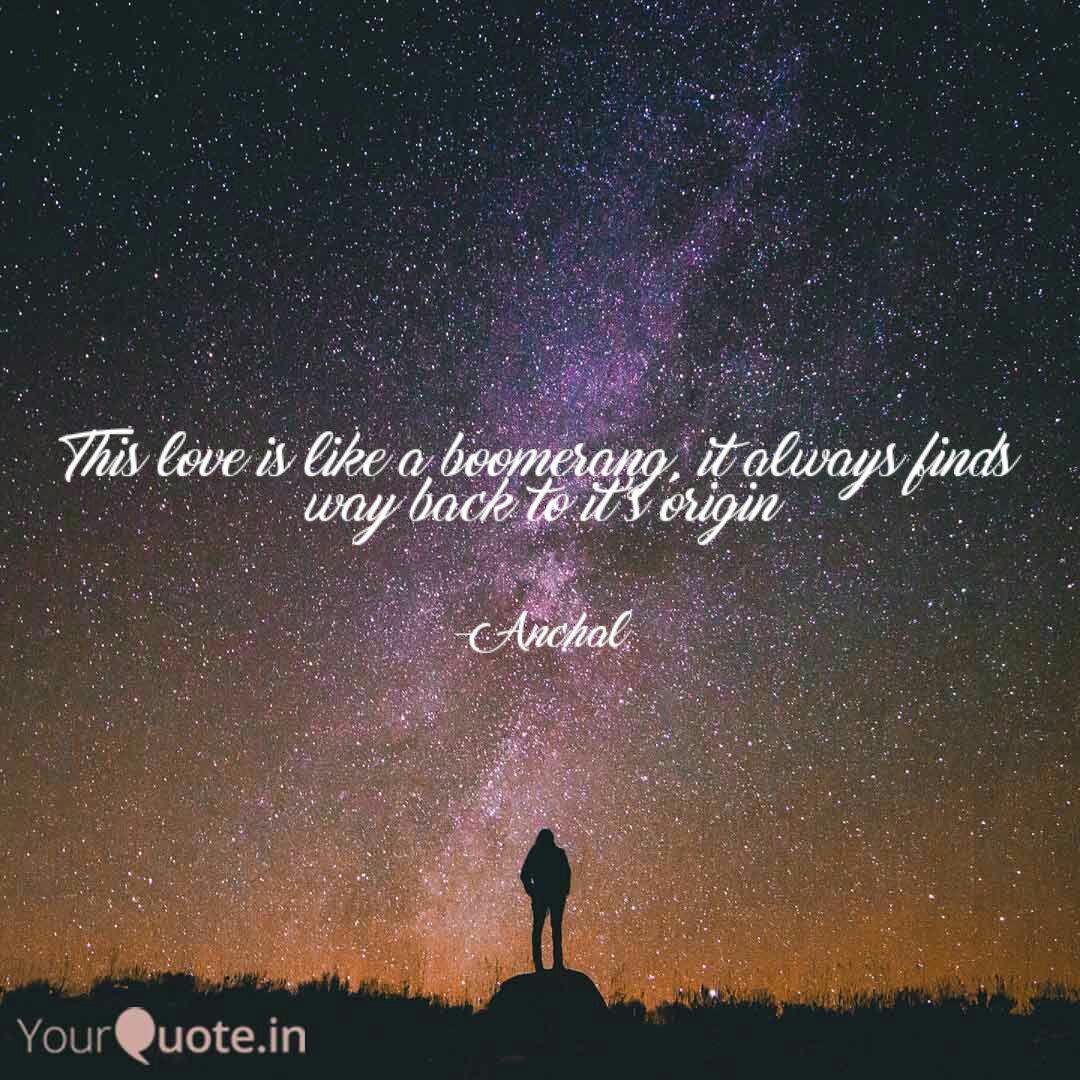 Love is a Boomerang

A lot has been said and done in the previous millenniums with regard to the concept of love. Each person has given a different opinion of love. Love, like God Himself, changes in accordance with the outlook of the person who goes through it. However, if there is one aspect of love almost everyone agrees to, it is the fact that love is a boomerang. You get as much love as you put into the universe. We will take you through a short story to reiterate the opinion

There was once a soldier who was captured by his enemies and thrown into prison. He was made to face unthinkable tortures in order to break his will. The soldier faced so much hatred that he gave up on the idea that he would ever be able to go back home alive. One day, one of his wardens fell sick while on a wok. His illness was making him oblivious to his surroundings and he was almost about to trip and fall over one of their torture instruments. The soldier noticed that the warden was about to faint and rushed forward to save him. He pushed away two of the guards and dashed forward to save the warden. The guards thought he was trying to run away and started the hot pursuit of him. The soldier caught the warden and helped him sit in a safe place. The guards were taken aback by the type of unconditional love he showed towards his torturer. The warden was informed of the soldier’s selfless act for him after he recovered. His unconditional love moved the warden and he immediately let the soldier return to his family as a token of gratitude.

Though the word is easily thrown around, unconditional love is a rare and an act of such selfless love always get rewarded directly or indirectly