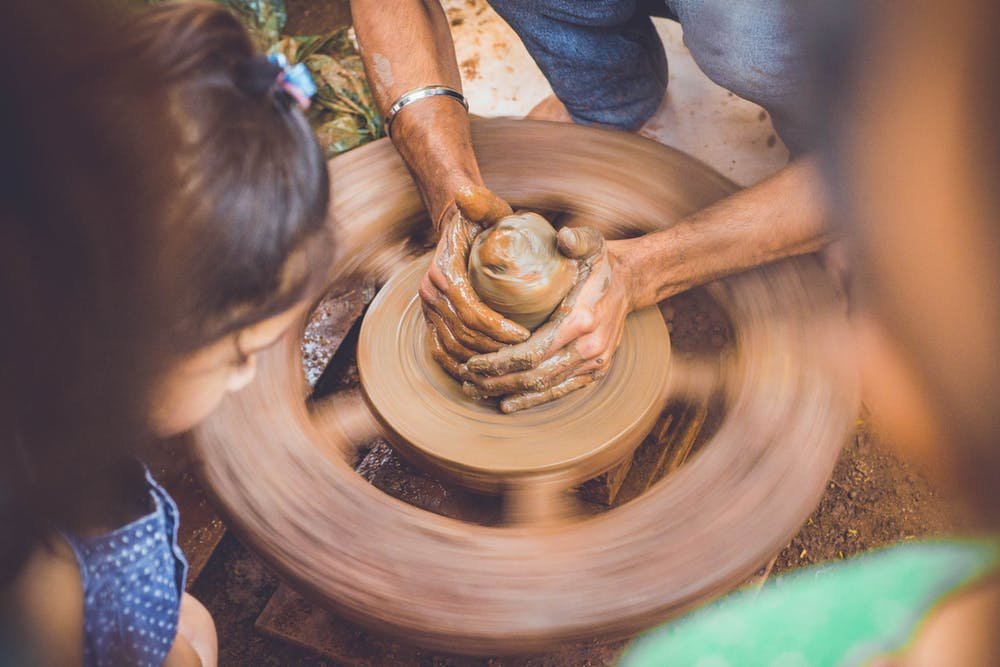 Connecting aspirations with skills: How India is preparing its youth today for tomorrow’s careers

With the recent launch of Kaushal Yuva Samvaad and Let’s Talk Skills Campaign, to mark World Youth Skills Day on July 15, the Government and UNDP aim to initiate an open dialogue with India’s youth and gain their insights on gaps in current skill development programmes and solutions From left to right: Meenakshi; Clement Chauvet, Chief, Skills & Business Development, UNDP and Dr KP Krishnan, Secretary, MSDE, during a Facebook Live session. We all know the truism about teaching a man to fish and equipping him to eat for a lifetime, versus giving him a fish that would suffice for one meal. The relevance of skilling a future-ready workforce is even more important today, given that by 2020, India is set to have the world’s youngest population. India is on the threshold of major reforms and is poised to become the third-largest economy of the world by 2030. More than 62 per cent of the population is in the working age group of 18-59 years, and more than 54 per cent of the total population is below 25 years of age. In fact, in the next 20 years, the labour force in the industrialised world is expected to decline by 4 per cent, while in India it will increase by 32 per cent. A Government of India skills gap analysis shows that by 2022, the country will need an additional 109 million skilled workers in 24 key sectors of the economy. These statistics set the context and highlight the urgent need to enhance the existing skills sets of millions of youngsters, to ease their transition from an academic to a professional life, and make them competent and confident to be a part of a global workforce. Not only is high-quality, market-relevant skill training crucial to make India’s youth more financially independent, it is also the need of the hour to help them adapt to new roles and professions in a world where technologies such as automation and artificial intelligence are becoming more common. Getting the perspective of youth to match their aspirations

To close this crucial skills gap and equip over 40 crore Indians with market-relevant training and skills by the year 2022, Prime Minister Narendra Modi had launched the Skill India Mission in 2015. Since then, the Mission has been playing a significant role in creating various skilling initiatives in the country, spearheaded by different government departments and stakeholders. Every year, nearly one crore youth are trained under various programmes of the Skill India Mission. The Mission recently celebrated its fourth anniversary on July 15, to coincide with World Youth Skills Day. To mark the occasion, the Ministry of Skill Development and Entrepreneurship (MSDE) launched the Kaushal Yuva Samvaad, a programme to facilitate open dialogue with the youth being trained in various skilling centers across India. This one-on-one feedback aims to identify gaps in the current skill development programmes, and use their inputs and recommendations to scale and improve them to align them with current demands.

Previous Top 10 Small Business Ideas Next One aim for 2500 farmers in 40 Countries: How one product built a lump sum of Rs.357cr brand in Organic India.