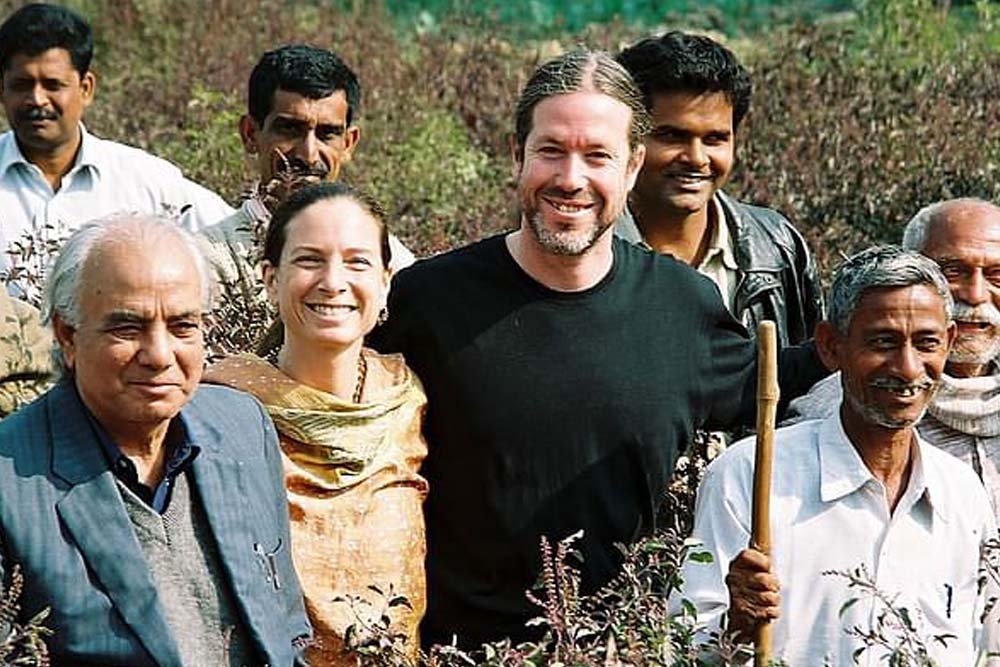 One aim for 2500 farmers in 40 Countries: How one product built a lump sum of Rs.357cr brand in Organic India.

Bharat Mitra and Bhavani Lev started to promote healthy and conscious living through their Organic India. It has a presence in 40 countries through its 25 years as leading industry players among the other India’s organic industry. Due to this pandemic organic has become the catchword because immunity and wellness took the centre stage. Organic isn’t the newest paradox and not for Bharat Mitra and Bhavani Lev, who decided to bring a change by promoting “true wellness” through Spirituality, Ayurveda and a blend of herbs.

The duo launched Organic India in 1997 in Lucknow intending to “ provide solutions for healthy, conscious living” after travelling across India to reach to get a surplus of herbs. After almost 25 years of hard work, Organic India has become one of the first organic brands from India. It’s been working with over 2500 farmers, who has more than 200 SKUs, in presence of 40 countries. The company has earned more than ₹375 crores in FY20. 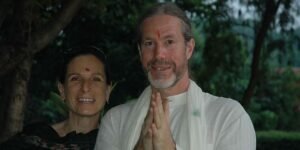 With one product everything just happened. Subrata Dutta, Group Managing Director, Organic India, takes the SmB story through the journey it reveals the brand by how did Organic India grew significantly in the last year despite the successive lockdowns, and what lies ahead for the “organic industry”.

“Bharat and Bhavani saw what others saw in last 10 years. They saw the future of the global environment, and decided to raise awareness about holistic living through Organic India,” Subrata says.

The perception of health and wellness among people across the country significantly changed during COVID-19. The increase in the awareness of healthy and good eating’s led to a huge demand for organic products.

According to IMARC, the Indian organic industry reached a value of $815 million in 2020 and is expected to grow at a CAGR of around 24 per cent during 2021-2026.
Subrata says the brand has seen a behavioural change among consumers in the last one-and-half years and people have become “more conscious of what they use and what goes on their plate”. 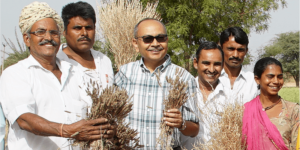 Since 2020, Organic India has grown 35 per cent and is poised for further growth.
However, things were not the same when the organic brand was launched. “When we started, everyone was focused on boosting crop productivity. It was a battle to make farmers understand about conscious living because these things were not heard of then.”

The movement to create real and original organic products and give solutions for people around the world who has taken big steps since then.

Making of Organic India:
Organic India started by undertaking small farmers from Azamgarh, a town near Lucknow, and for just one product – Tulsi tea. The brand brought back to the front line tulsi – a herb renowned in Ayurveda as a powerful adaptogen and for its stress-relieving benefits. However, the initial days weren’t smooth for Bharat and Bhavani.

“When they approached farmers, they got a lot of questions. Farmers wanted to know why they should grow tulsi and not wheat. Wheat could assuage hunger, not tulsi,” Subrata says. 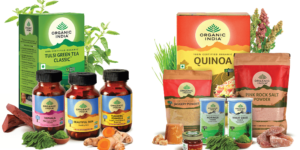 It took some time for the couples to make farmers understand the value of organic farming, and they did.

Organic India worked with Azamgarh farmers for a decade and later formed small clusters in Rath near Hamirpur in Uttar Pradesh and Jalore in Rajasthan for larger tracts of land growing various organic crops. It also started working with farmers in Chittoor for mangoes.

The company now has more than 2,500 growing farm partnerships.
Subrata says reaching out to customers was also a formidable process. Organic India did a lot of sampling of its teas and built word of mouth, which played a huge role in growing its customer base.

Organic India’s retail journey began in 1999 with general stores and modern trade distribution, which to date remains the primary channel of distribution. In the early 2000s, it retailed fabindia stores and in 2005 entered the e-commerce space to reach a larger customer base. At the same time, it also set up channels in the US and other countries.

In 2015, the brand began to distribute through its stores to provide a better brand experience for the wellness consumer. It opened its first store in New Delhi and at present, Organic India has 100 stores in pan India. At present, Organic India offers more than 23 varieties of teas and infusions, and over 30 organic certified whole herb supplements in vegetarian capsules. This immunity-boosting range packages the benefits of turmeric, cinnamon, giloy, ashwagandha, and ginger.

The company, which procures all raw materials from local farmers, and also recently launched personal care products and staples. As a company, it follows the “profits with purpose” philosophy, but Subrata says the challenges in growing and sustaining such a business are managing sources and investing time/resources to build a credible, certified, and traceable origin to each product.

“Investing in farm to table and building value across the supply chain is key,” he says.

The Future is greener:

Subrata says organic used to be a recess market, but this pandemic has brought a mainstream with people keen to adopt a healthy lifestyle. Organic India competes with other brands like Twinings of London, Tetley, Lipton, and others, but Organic India is “obsessed with passion” and does not want to lose it by focusing on the competition. The company 100rt production facility on the outskirts of Lucknow. This facility can produce 25 million tea bags per month, Subrata says.

“We have a mission to help every household embrace ‘healthy conscious living’ so organic food and solutions become a way of life,” Subrata says. Organic India is working on new products and aims to “enhance its D2C presence and open more experience stores”.

Previous Connecting aspirations with skills: How India is preparing its youth today for tomorrow’s careers Next Sanitary napkins that can be used for three years made from Banana fibre