Sport for athletes with impairment has existed for more than 100 years, and the first sport clubs for the deaf were already in existence in 1888 in Berlin.

It was not until after World War II however, that it was widely introduced. The purpose of it at that time was to assist the large number of war veterans and civilians who had been injured during wartime.

In 1944, at the request of the British Government, Dr. Ludwig Guttmann opened a spinal injuries Centre at the Stoke Mandeville Hospital in Great Britain, and in time, rehabilitation sport evolved to recreational sport and then to competitive sport. 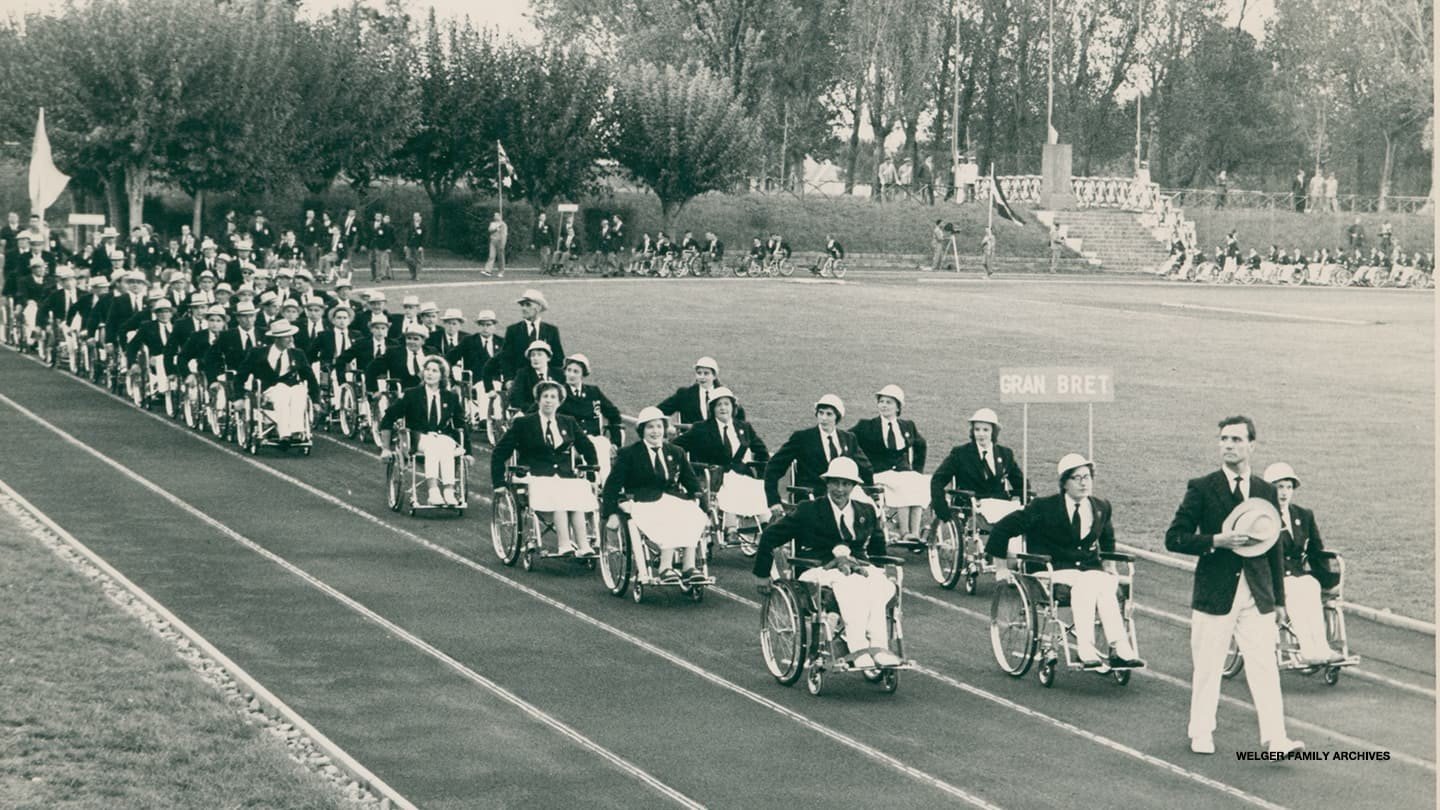 On 29 July 1948, the day of the Opening Ceremony of the London 1948 Olympic Games, Dr. Guttmann organized the first competition for wheelchair athletes which he named the Stoke Mandeville Games, a milestone in Paralympic history. They involved 16 injured servicemen and women who took part in archery.

In 1952, Dutch ex-servicemen joined the Movement and the International Stoke Mandeville Games were founded.

The Stoke Mandeville Games later became the Paralympic Games which first took place in Rome, Italy, in 1960 featuring 400 athletes from 23 countries. Since then they have taken place every four years.

In 1976 the first Winter Games in Paralympics history were held in Sweden, and as with the Summer Games, have taken place every four years, and include a Paralympics Opening Ceremony and Paralympics Closing Ceremony.

Since the Summer Games of Seoul, Korea in 1988 and the Winter Games in Albertville, France in 1992 the Games have also taken part in the same cities and venues as the Olympics due to an agreement between the IPC and IOC.

GROWTH OF THE PARALYMPIC FAMILY

Also in 1960, under the aegis of the World Federation of ex-servicemen, an International Working Group on Sport for the Disabled was set up to study the problems of sport for persons with an impairment. It resulted in the creation, in 1964, of the International Sport Organization for the Disabled (ISOD) who offered opportunities for those athletes who could not affiliate to the International Stoke Mandeville Games: vision impaired, amputees, persons with cerebral palsy and paraplegics.

At the start, 16 countries were affiliated to ISOD and the organization pushed very hard to include blind and amputee athletes into the Toronto 1976 Paralympics and athletes with cerebral palsy in 1980 in Arnhem. Its aim was to embrace all impairments in the future and to act as a Co-coordinating Committee. Nevertheless, other disability-orientated international organizations such as the Cerebral Palsy International Sports and Recreation Association (CPISRA) and International Blind Sports Federation (IBSA) were founded in 1978 and 1980.

The four international organizations experienced the need of coordinating the Games so they created the “International Co-coordinating Committee Sports for the Disabled in the World” (ICC) in 1982.

The ICC was originally composed of the four presidents of CPISRA, IBSA, ISMGF and ISOD, the general secretaries and one additional member (in the beginning it was the Vice-President, and later on the Technical Officer).

The International Committee of Sport for the Deaf (CISS) and International Sports Federations for Persons with an Intellectual Disability (INAS-FID) joined in 1986, but the deaf still maintained their own organization. However, the member nations demanded more national and regional representation in the organization.

Finally, on 22 September 1989, the International Paralympic Committee was founded as an international non-profit organization in Dusseldorf, Germany, to act as the global governing body of the Paralympic Movement.

The word “Paralympic” derives from the Greek preposition “para” (beside or alongside) and the word “Olympic”.

Its meaning is that Paralympics are the parallel Games to the Olympics and illustrates how the two movements exist along side-by-side.

EVOLUTION OF THE PARALYMPIC GAMES